When everyone is able to make a living on his own, every nation will have a self-reliant and sustainable economy of its own. That will minimize all possibilities causing conflicts among nations to minimal. 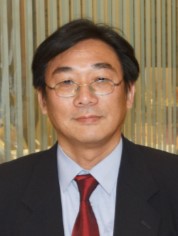 Henry Tso was born and educated in Hong Kong. He is a long time researcher in ancient Chinese history, especially has a deep foundation of Daodejing, Guanzi, Zhuangzi, Mencius and Sunzi’s Art of War in the political and social aspects prior to the formation of Chinese religions.

He followed what he found in ancient Chinese philosophy and began his thought of merging humanity concern in politics and economy in 2001. He finished his proposal of “From Dead-end to Heaven” for Hong Kong in 2006 and committed himself to building a better future for people. His moves embedded a strong co-relation of Laozi’s and Guanzhong’s philosophy. He is now committed to promoting the forgotten concepts of “fundamental human rights” and ”authority social responsibility” in Laozi’s philosophy which was a legacy of the pre-monarchic era in ancient China known as “the magnificently equal society” and promoting the “society leveraging” technique of Guanzhong to eliminate poverty.He believes that it is an attainable way to world peace.

He is now the Chairman of the Laozi Study Society and the Guanzi Study Society. He has published 11 books including By the Way of Nature《老子‧道德經‧道法自然》, Superficiality of Dao《道之華而愚之始》, Daodejing 2010《道德經2010》, From Dead-end To Heaven《絕處逢生》, The Accord of Nature《有德司契》, Realizing Daodelity《遵道貴德》, Daodejing Awakening,  Provision For the World《為天下谿》, Honestly Speaking《廉而不劌》 , Fairness of the Nature《天道無親》and  From Dead-end To Heaven 2020《絕處逢生2020》 .