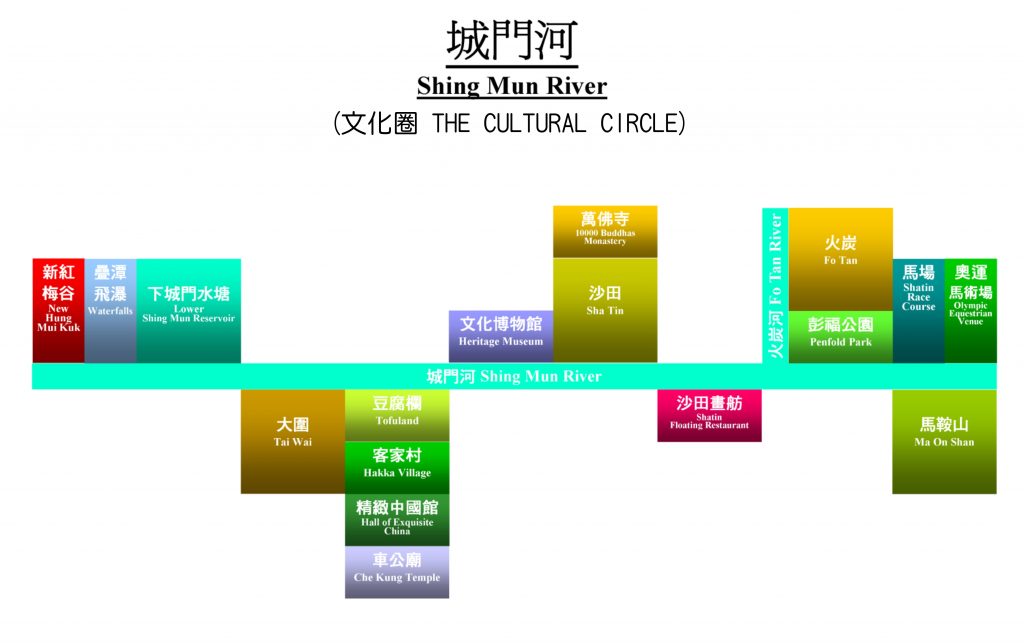 Shing Mun River will be alive with the water running along again all the way from the upstream to the sea. The boat tour will take people traveling from green forest to concrete jungle in one short trip. A new Hung Mui Kuk will be built over the upstream area and Shing Mun Gorge with plenty of red plum trees planting there. Right here, escalators will be built to climb up to Upper Shing Mun Reservoir to Shing Mun Country Park. The Seven Waterfalls – the man-constructed natural waterfalls and ponds will be built between Upper and Lower Shing Mun Reservoirs to spill down to Shing Mun River with some flooding control. All of the existing hiking trails in the neighborhood will be converging here. Some new hiking trails will extend to To Fung Shan and Ten Thousand Buddha Temple. Together with Che Kung Temple, The Heritage Museum, new establishments can be set up here along the river, such as Tofuland, Hakka Village, Hall of Exquisite China, etc.

Shing Mun River is shallow and about 10 feet deep. For the time being, its upper stream is dry and it only serves for the drainage purposes. There is a way to return its through-way function for boats. It is to build two or three small dams midway to hold water and have a traction belt to help boats cross over. Then the river will be alive again. 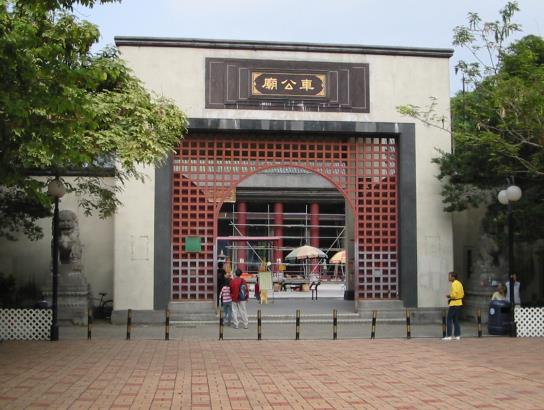 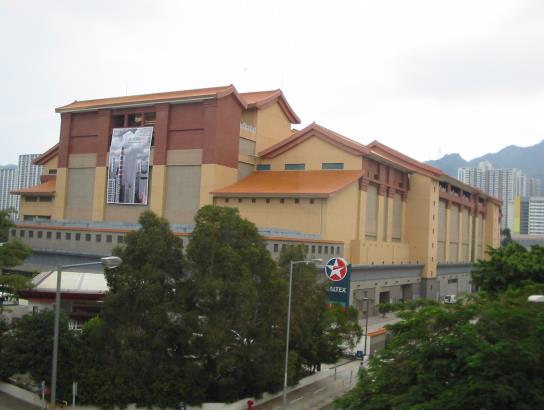 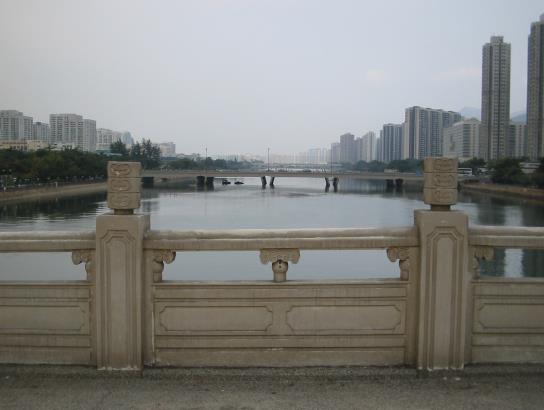 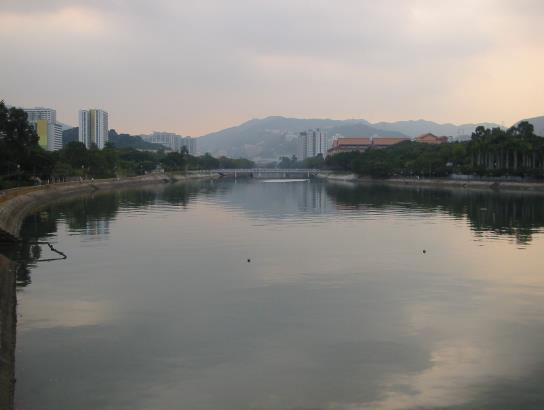 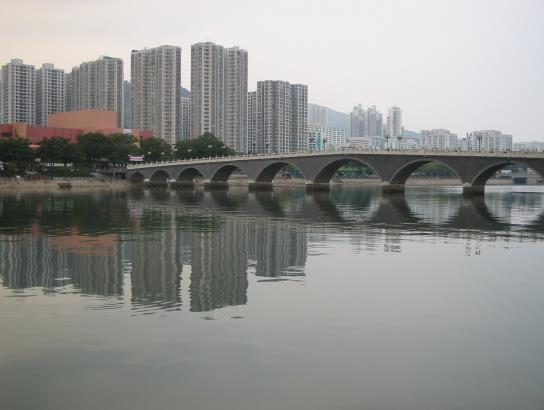 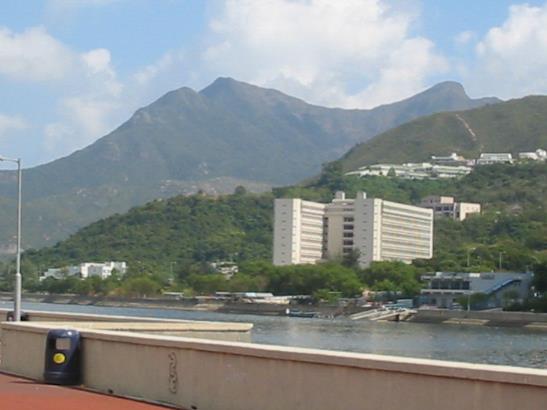 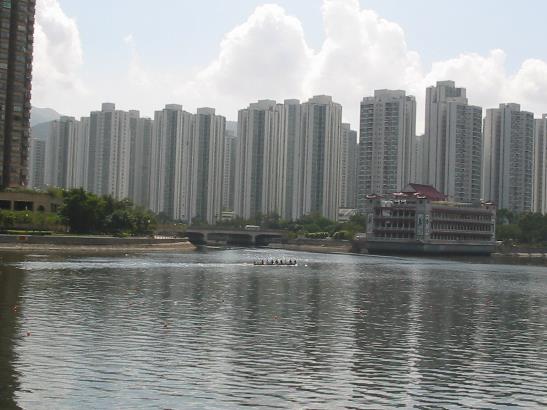 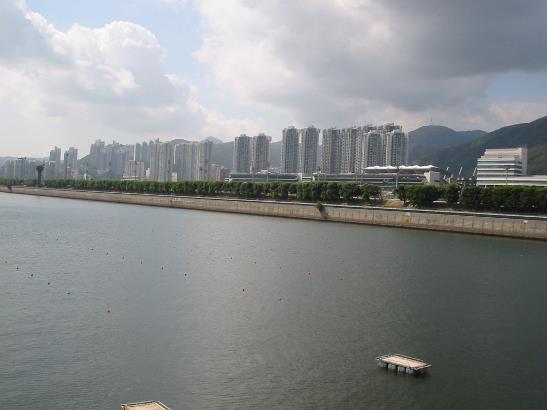